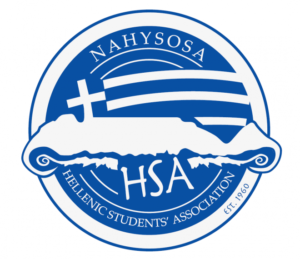 Our achievements and contributions have been recognized nationally (by the South
African Government and the Federation of Hellenic Communities and Societies of South
Africa), as well as internationally by the Greek and
Cypriot Governments, through SAE Africa/Middle East channels.

The NAHYSOSA is an umbrella body consisting of 9 member-committees that are based
countrywide, with at least one committee in each major area of South Africa. We can
truly claim that we are representative of all Hellenic Youth throughout South Africa.
Membership to the NAHYSOSA is accessible to every Hellenic Youth and we currently
boast in the region of 4000 members on our central database.

The NAHYSOSA has various initiatives that aim to unite the Hellenic Youth of South
Africa; to maintain and preserve our rich Hellenic heritage and culture; and to assist
Young Hellenes and those less fortunate. Our main initiatives include:

We invite you to be a part of this great tradition! Simply submit your details and you will
receive monthly newsletters and pamphlets informing you of all current and upcoming
events in the Hellenic Community including the chance to partake in NAHYSOSA’s
Annual Congress.

We have always been led by our motto – UNITY KNOWLEDGE CULTURE – don’t you
want to be a part of it too?